On Sunday, August 17, at approximately 01:19 AM, a 911 call was received from a resident reporting a house fire at 56 Porter Avenue. A General Alarm for Fire Department units was made as well as the dispatch of police patrol units. Upon arrival of patrol, it was reported to be a working fire. First responding fire unit command reported the fire to be located on the exterior of the single family residence. Bergenfield Fire Department Chief, Jason Lanzilotti, reported that firefighters quickly extinguished the fire which had started to spread along some exterior house parts and caused damage to the electric meter, a fence and some household contents stored on the outside of the home. PSE&G utility responded to the scene to secure the electrical circuit from the pole to the residence. This electric shutdown caused the displacement of the residents for the remainder of the night and until it is deemed safe to restore power.

There were no injuries to any residents or firefighters during this incident. Bergenfield Volunteer Ambulance Corps members responded to the scene and stood by to render any medical aid if it was needed. The cause of the fire has not yet been officially determined but is not deemed suspicious at this time. Members of the Bergenfield Fire Department continue to investigate the cause.

The Bergenfield Fire units were on scene for approximately 90 minutes from the time of alarm until completion. No mutual aid was needed for this incident. The residents of 56 Porter Avenue are listed as Ramirez.
Posted by Bergenfield Police Department at 2:02 PM No comments: 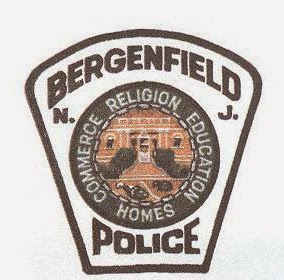 On Wednesday, August 13, 2014, at approximately 06:20 am, a female pedestrian was struck by a motor vehicle while crossing the above intersection.  The vehicle involved subsequently fled the scene.  The victim was identified as Maria Cano, age 60, of Teaneck, New Jersey. She sustained serious injuries and was transported to Hackensack University Medical Center by Bergenfield Volunteer Ambulance emergency medical technicians and hospital paramedics for treatment of her injuries.

The Bergenfield Police Department along with the Bergen County Prosecutor’s Office is seeking assistance in locating the vehicle involved in this crash. The vehicle involved has now been identified as a silver or white, late model Mercedes Benz SUV, possibly a model ML 350, 450 or 550. This vehicle may have sustained damage from the impact in the area of the front passenger side headlamp, bumper or fender. The vehicle was initially traveling eastbound on W. Clinton Ave prior to the impact with the pedestrian which occurred in the intersection of S. Washington Ave and E. Clinton Ave.  After the impact the vehicle continued eastbound on E. Clinton Avenue towards Tenafly.

Posted by Bergenfield Police Department at 2:26 PM No comments: