The Bergenfield Police Department is warning residents to be aware of a recently reported IRS telephone scam.  Callers are claiming to be employees of the IRS (Internal Revenue Service), stating that back taxes are owed, and if not paid in full, they will be arrested.


The callers request that the victim purchases either a Green Dot or prepaid card and then make a return telephone call to provide the security code on the back of the card, enabling the scammer to utilize the funds on the card.


The scammers are also using an app (short for application, which refers to a software or computer program that can be used on a smart phone or computer tablet). This app will display the telephone number of the Bergenfield Police Department.  If you are unsure about the call, please call the police desk at 201-387-4000 and ask to speak to an officer in regards to the call.  The Bergenfield Police Department has no business calling you in regards to an IRS matter.


Here are some things you need to know about the IRS:


If you feel you are the victim of a scam, please see the below listed information:

If you know you do not owe taxes or have no reason to believe that you do, report the incident to the Treasury Inspector General for Tax Administration (TIGTA) at 1.800.366.4484 or at www.tigta.gov.

Posted by Bergenfield Police Department at 2:44 PM No comments:

See below for road closures for the week of November 3, 2014 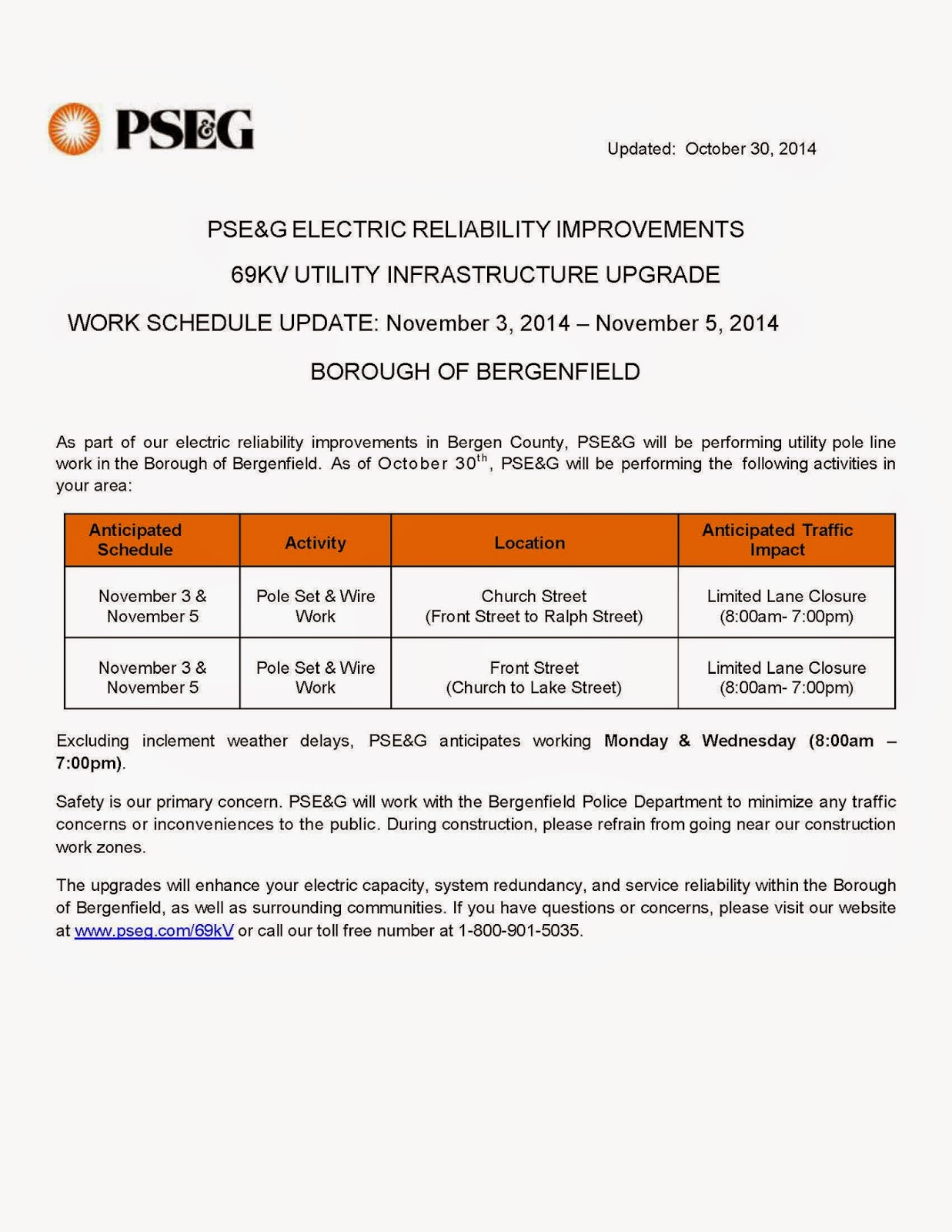 Posted by Bergenfield Police Department at 12:00 PM No comments:

See below for anticipated lane closures for the week of October 27, 2014. 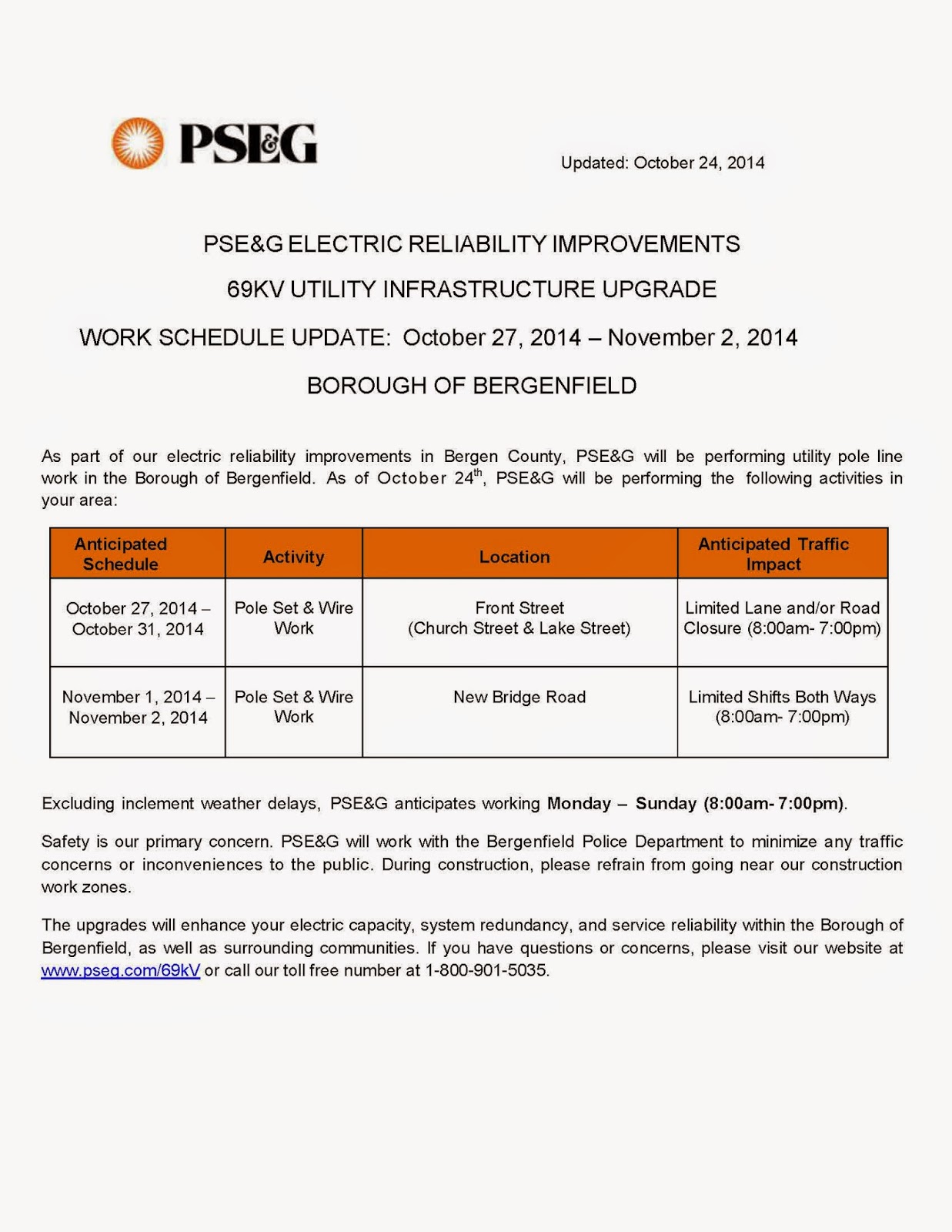 Posted by Bergenfield Police Department at 10:07 AM No comments:

On Thursday, October 23, 2014 at 3:15 am, police received an anonymous tip on the Crime Stoppers telephone line regarding drug activity occurring in a garage on Willow Street.


Officers David Tortora and Peter Morano responded to the area to investigate the tip. Upon arrival, officers observed garage lights on and heard noise from a television playing inside. Officers approached the garage and knocked on the side door. A male, identified as Allan Verdeflor, 32, of Bergenfield, answered the door with a clear glassine bag containing a controlled dangerous substance in his left hand. Upon speaking with Verdeflor, officers determined he was under the influence of a controlled dangerous substance. In addition, officers observed drug paraphernalia within the garage, specifically a large glass bong. Several other men were also observed inside the garage in addition to Verdeflor.


One male located in the garage was identified as Ramil Culala, 38, of Bergenfield. An active warrant for Culala was discovered after police conducted a computer check. The warrant was issued by the Bergen County Sheriff’s Department.  Police communications personnel contacted the Bergen County Sheriff’s Department who verified that the warrant was active and no bail was permitted.  The warrant was issued for failing to appear. Other occupants in the garage were checked by officers and released without further incident.


Verdeflor and Culala were placed under arrest and transported to police headquarters without incident. The drugs and paraphernalia were collected from the scene and secured into police evidence. Municipal Court Judge Helene Herbert was contacted and issued the following warrants for Verdeflor:  being under the influence of a controlled dangerous substance, possession of drug paraphernalia and possession of less than one ounce of methamphetamine. Bail for Verdeflor was set at $5,000 no 10% permitted.


Verdeflor was unable to post bail and was transported to Bergen County Jail without incident.


Culala was processed and turned over to the custody of Bergen County Sheriff's Officers.
Posted by Bergenfield Police Department at 8:52 AM No comments:

See below for Halloween Safety tips 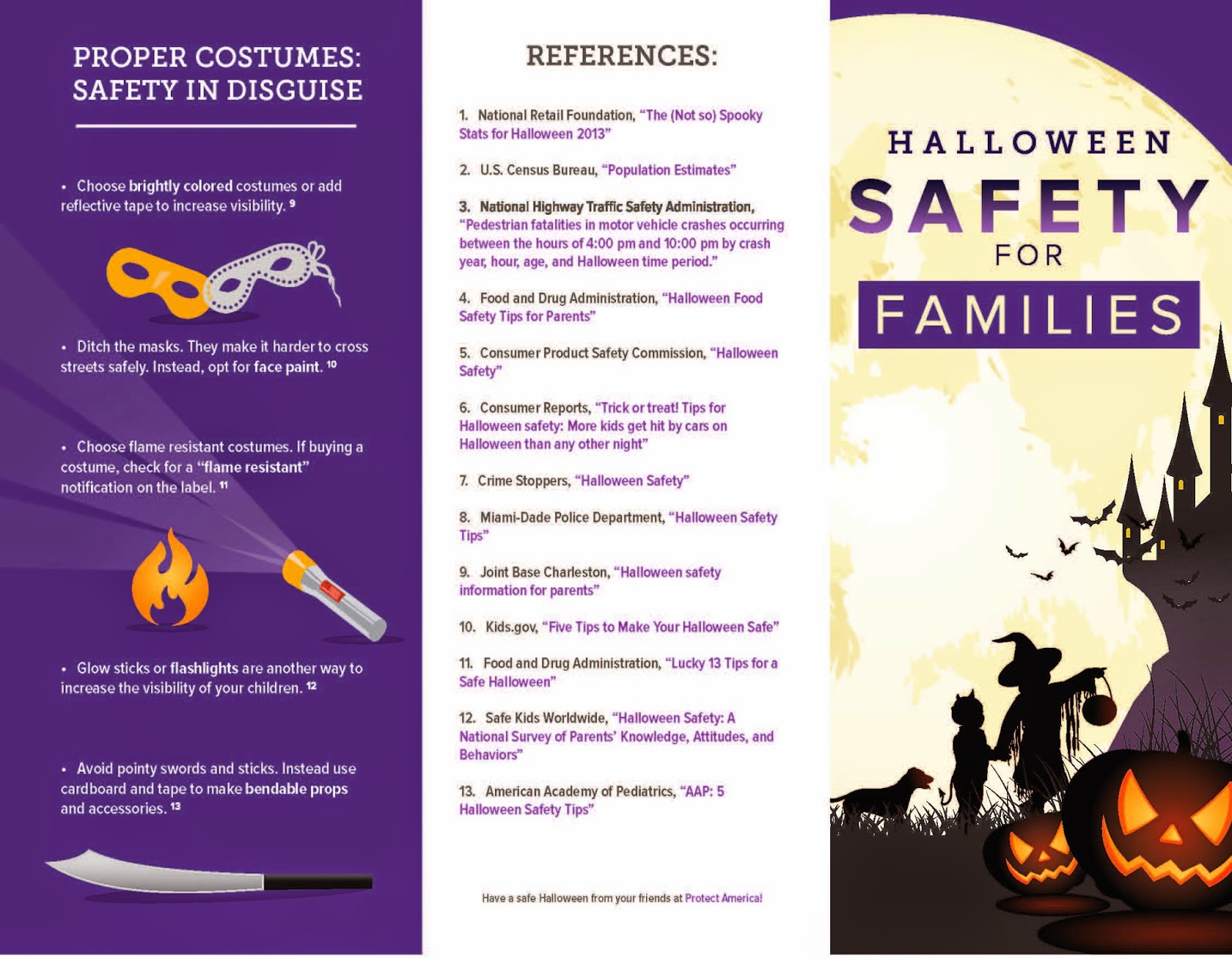 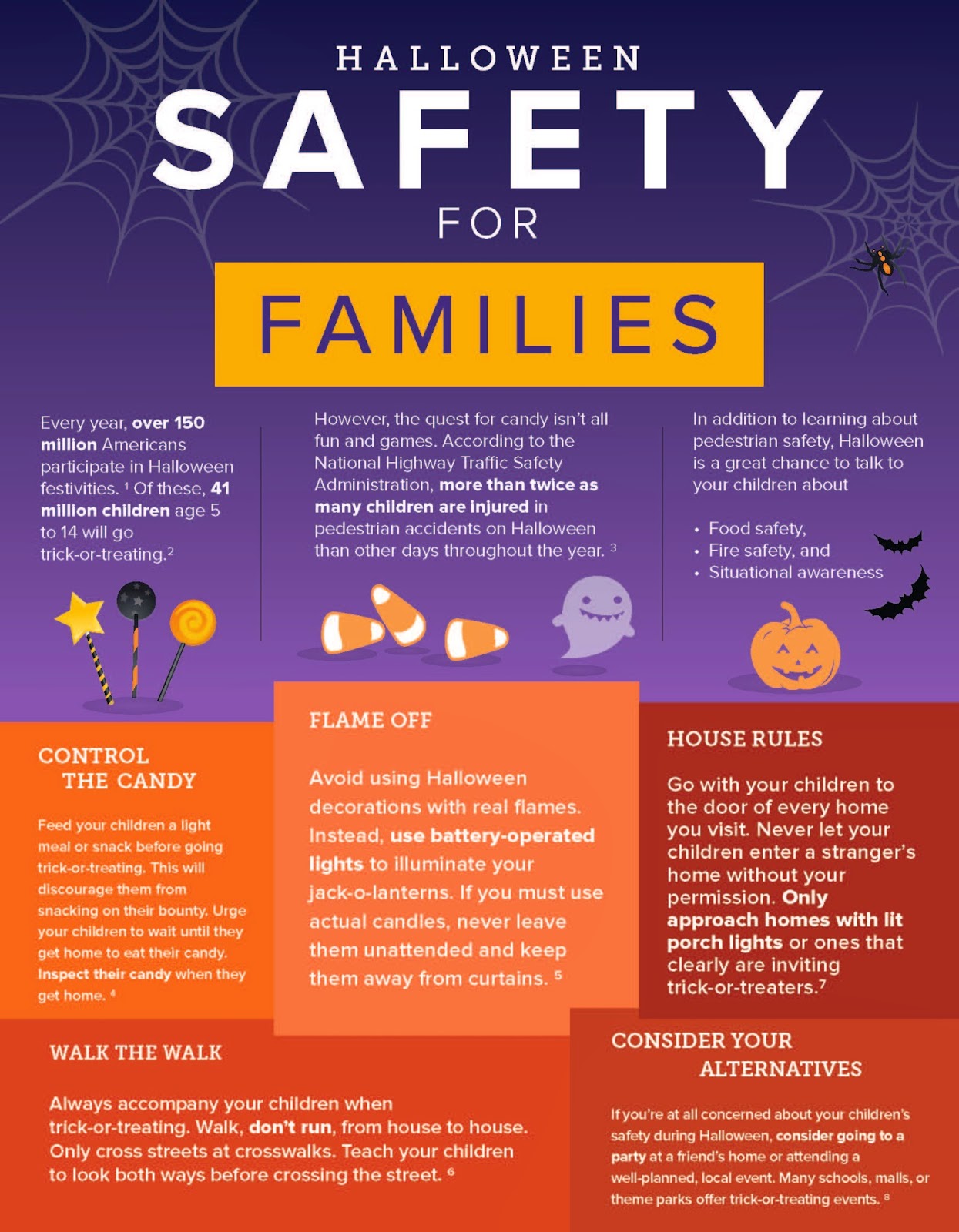 Posted by Bergenfield Police Department at 9:20 AM No comments: 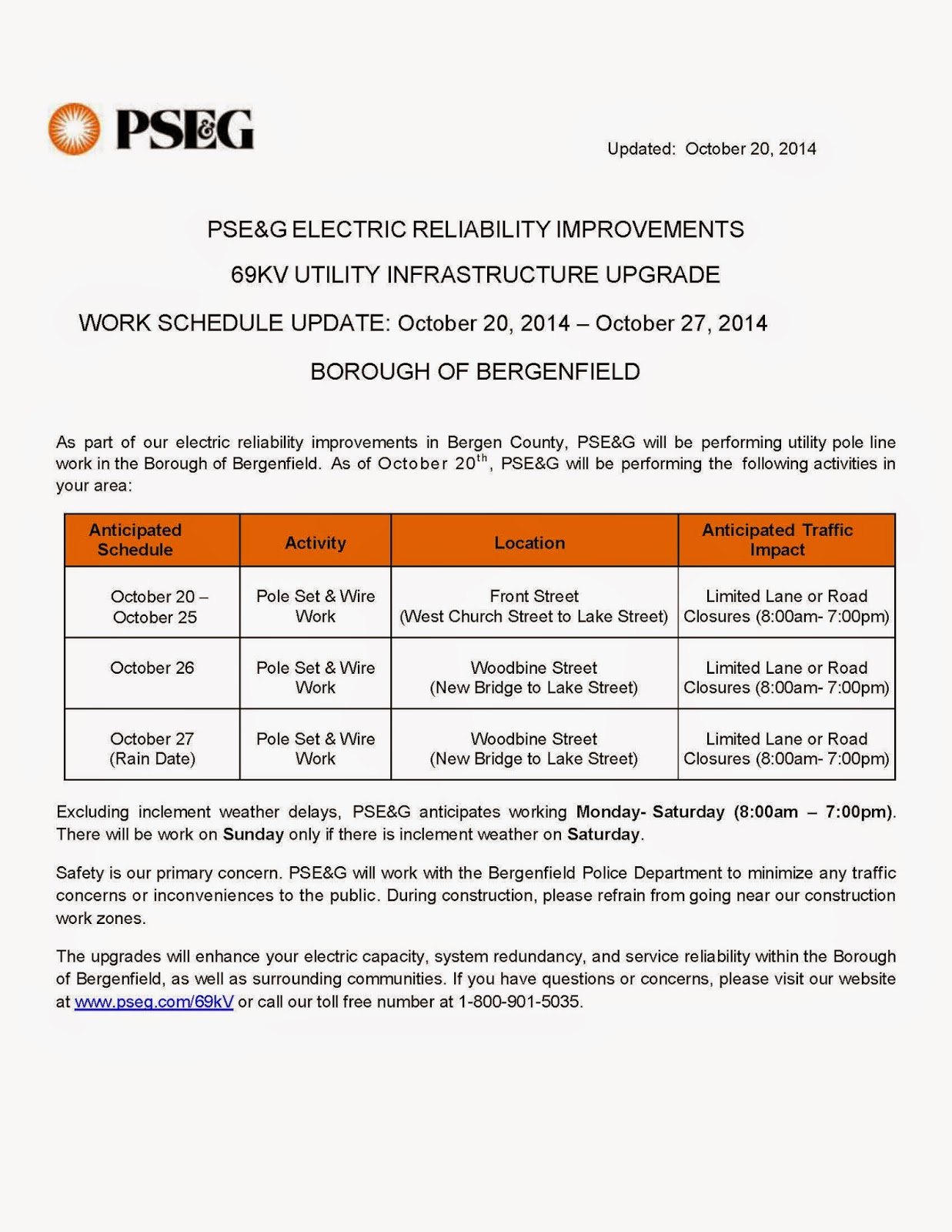 Posted by Bergenfield Police Department at 8:51 AM No comments:


Fire Chief Jason Lanzilotti, upon arrival of fire apparatus, said the "garage was reported to be fully involved." Although the garage is detached from the residence, the neighboring residences "started to burn but were extinguished and cooled" as firefighters began their attack on the blaze, he said.


The fire was quickly extinguished by firefighters on scene and the fire chief further reported,  "because of the potential for collapse, hot spots, as well as the quantity of contents, the garage needed to be taken down with a controlled demo preformed in cooperative effort by members from the Bergenfield and Dumont fire departments."


Mutual aid was requested from the Dumont, New Milford, Tenafly, Englewood and Teaneck fire departments. In addition, the Bergenfield Volunteer Ambulance Corps responded and was on scene to standby and provide medical treatment if needed. The fire chief reported there were no injuries to either civilian or firefighter personnel during the incident.


The fire remains under investigation and no specific cause is known yet, however, it is not deemed suspicious in nature at this time. All fire units cleared the scene by 6:56 PM.


MTC
Posted by Bergenfield Police Department at 10:45 AM No comments: