Drive Sober or Get Pulled Over on New Year's Eve 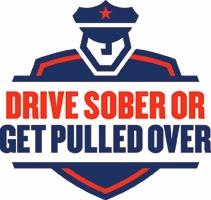 Another year has come and gone, and many of us are finalizing plans for New Year’s Eve tomorrow night as we bid farewell to 2013 and welcome 2014. But before heading out for fun and festivities to ring in the new year, make sure you have a designated driver to bring you to and from your destination safely.

In the United States, 10,000 people die on the road each year from drunk driving. In an effort to put an end to these senseless tragedies, law enforcement agencies across the nation are participating in the Drive Sober or Get Pulled Over campaign. The campaign continues through New Year’s Day and aims to deter impaired driving through highly visible enforcement. The goal of the campaign is prevention.

So whether you are hosting a party or attending one hosted by a friend, make sure you and those you love have a designated driver so everyone makes it home safely to start the new year.

For more information about the Drive Sober or Get Pulled Over campaign, visit the National Highway Traffic Safety Administration’s website at nhtsa.gov/drivesober/.

To read an article about police in New Jersey stepping up patrols as part of the “Drive Sober or Get Pulled Over” campaign, see northjersey.com/news/bergen/NJ_police_stepping_up_patrols_to_crack_down_on_drunken_driving.html.
Posted by Bergenfield Police Department at 1:18 PM No comments:

SNOW CONTINUES TO FALL AN AVERAGE OF 2 INCHES HAS ALREADY ACCUMULATED AROUND THE COUNTY. SNOW WILL BECOME HEAVY AT TIMES THIS EVENING, WITH SNOWFALL RATES UP TO 1 INCH PER HOUR. SNOW WILL EVENTUALLY CHANGE TO RAIN, AROUND MIDNIGHT, BEFORE TAPERING OFF IN THE EARLY MORNING HOURS.

TOTAL ACCUMULATION IS EXPECTED TO BE 6 - 8 INCHES WITH A COATING OF ICE ON TOP.

WE WILL CONTINUE TO MONITOR THIS SITUATION AND ISSUE UPDATES AS NECESSARY.

For information on possible winter weather impacts…click below:
http://www.hpc.ncep.noaa.gov/wwd/impactgraphics/
Posted by Bergenfield Police Department at 4:21 PM No comments:

Thank you to all participants in the BPD tweet-along

Thanks to all our Twitter followers and Facebook fans who followed along with last night's tweet-along. It was a huge success. Despite the weather, Officer Witty was shadowed during his shift from the roll call line up, to the car check, patrol duties, responses to calls for service, motor vehicle/traffic enforcement, and even a coffee stop at Dunkin' Donuts.

The event was part of Bergenfield Police Department's continued efforts in building community relationships. In this case, by doing a "virtual ride-along" with an officer using our social media tools, we brought real-time information to our residents and others as to what was occurring on a rainy Friday night. The goals of last night's tweet-along were to make our residents aware of how the BPD uses social media to reach out and keep them aware of crime trends, emergency alerts, and public safety issues as well as provide a creative way of showing a typical shift in the life of a BPD officer.

All too often police and public interaction involves a tragic, unfortunate, or a crime incident that can suddenly shift the public view of a police officer from ally to adversary. The virtual ride-along provides a forum for the public to see (in photos) and read about (in micro-blogged tweets or posts) what an officer has to face, be aware of, investigate, and make decisions on, sometimes in a split second, all in real-time. It is simply the sharing of insight into how an officer does his or her job provided to those who are interested in learning about that aspect of their community. Even making the coffee shop stop provided a fun moment to humanize the officers because the myth of "cops 'n donuts" was finally busted as it was all tweeted last night.

Thanks again to all those who participated especially Officer Kyle Witty and the officers of Platoon 1, Squad 2 (Sgt. John Maggi, PO John Brown, PO Marc Rispoli, PO Jorge Candia, PO Eric Lind, 911 Telecommunicators Rich Brendlen and Carmela Russo). In addition, special thanks goes to Sergeant DaCosta, daughter Ally, and PO Eric Ost, who stopped by the DD to be a part of the meet 'n greet.

We thank those local business owners for allowing us to come in for a few minutes, especially those at Nick's Pizza & Pasta and of course, our police substation south, Dunkin' Donuts. We also would like to thank some local residents with whom we stopped by their homes for a quick chat and photo, in particular, Jack Hoffmann, and the Rose Family, including Fred the dog who provided a friendly greeting to those of us who entered the foyer.

Again, the BPD especially thanks those who followed the tweets, retweeted, direct messaged, or liked our Facebook page posts. We truly appreciate the support. Because of that support we will plan to do another tweet-along event in 2014.

Finally, I cannot emphasize enough the importance of an event like this when it comes to police-community relations. It may sound like something that is for just for fun, but we take it seriously and aim to use it for the potential reach it has on community members that use social media as well. Police officers have an impact on lives of citizens on a daily basis. In some instances it may not be the best time of someone's life, but we want the public to remember that officers also have a human side too. By using the technological tools of communication that are available to us, we can hopefully show that side of a police officer and strengthen the relationship with the public.

Posted by Bergenfield Police Department at 2:13 PM No comments:

Meet the officers of tonight's tweet-along

During tonight's virtual ride along, you will meet some of Bergenfield's finest as Chief Michael Carr and Captain Cathy Madalone shadow Police Officer Kyle Witty on his patrol.

PO Kyle Witty has been on the police force in Bergenfield for three years. Prior to that, he was employed as a Sheriff's Officer for the Morris County Sheriff's Department. He is a DARE Officer and the lead drill instructor for the Bergenfield Youth Police Academy. He is currently running the Bergenfield Toys for Tots program and is a motorcycle officer. PO Witty is very excited to have been selected for the department's first tweet-a-long. Sorry ladies, PO Witty is not available; he is married.

Captain Cathy Madalone has been employed by the Bergenfield Police Department for the last 19 years. She is currently the Administrative Captain overseeing the Traffic Bureau and the Records Bureau. She is the Department's Public Information Officer and Accreditation Manager.

Chief Michael T. Carr has been employed by the Bergenfield Police Department for the last 25 years. He was promoted to Chief on August 7, 2012. He is a member of the Police Pipes and Drums of Bergen County and plays the bagpipes. He is very technologically savvy and is bringing several significant changes to the department. Chief Carr has brought social media to the department in an effort to bolster community relations.
Posted by Bergenfield Police Department at 7:00 PM No comments: