Bergenfield Police Department to serve as a Safe Exchange Zone 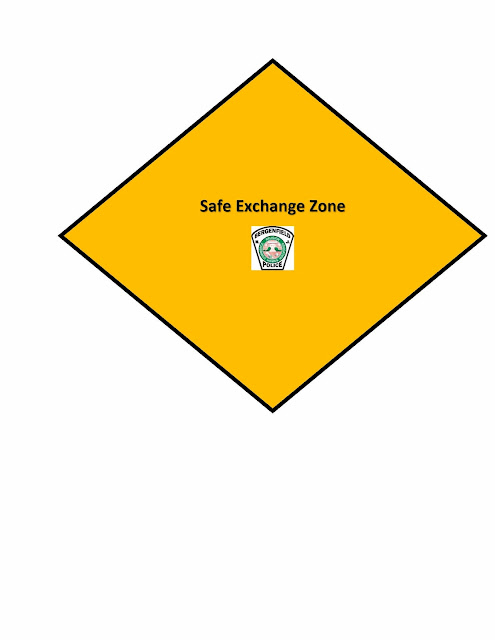 The Bergenfield Police Department is proud to introduce a new service, a Safe Exchange Zone, to the residents of the Borough. Sgt. Daniel Brizek brought the idea of a safe exchange zone program to Chief Madalone’s attention a few months ago after seeing an article from the Hillsdale Police Department about such a program.

The Chief worked with the governing body on this initiative and on November 10, 2015, the Mayor and Council unanimously passed a resolution allowing for the creation of a Safe Exchange Zone in the Borough. This will allow residents to come to the lobby of police headquarters, located at 198 N. Washington Ave., to meet a buyer or seller when making transactions via Craigslist or any other classified advertisements website.
This is a great community policing tool that will help protect our residents from becoming victims of scams, frauds or thefts. The best part is that this service is provided free of charge.
The logo above will be displayed on the front and rear entrances of Borough Hall at 198 N. Washington Ave.

The main lobby of Borough Hall can be used for the transactions Monday to Friday, from 8:30 a.m. to 8:30 p.m. The Bergenfield Police Department cautions residents that they should be suspicious of persons who are not willing to meet at the Borough lobby to conduct the transaction.

What safer way is there to make such an exchange than to use a police department for the transaction? If a person’s intention is to rob someone, the last place they will do that in is the police station.

Borough residents are asked to call the police department at 201-387-4000 with any questions.

Posted by Bergenfield Police Department at 7:44 AM No comments: