On December 3, at approximately 10:40 AM, the Bergenfield Police Communications Center received a 911 call reporting a “break in” of a single-family home on Highgate Terrace. The resident was inside the home when the intruder entered, similar to the burglary that occurred around the corner on Norfolk Street on December 2. Once confronted by the resident, the suspect fled out the front door of the home and ran in an unknown direction on Highgate Terrace. Responding patrol units set up a perimeter in the area and officers were assisted by the Bergen County Police K-9 Unit in searching area yards and streets. Bergenfield officers were also assisted by Teaneck and New Milford police departments during this search. No suspect was located, but the search continued into Teaneck where another residential burglary was being investigated.

The suspect was described as a dark-skinned male, unknown age, between 5’5” – 5’7” in height, wearing a dark colored or navy blue jacket, with an unknown type patch or emblem on the arm of the jacket, and dark colored or navy blue pants. Detectives also responded to the scene and are working on several leads at this time. They are coordinating with detectives from the Teaneck Police Department to compare evidence and leads.

The Bergenfield Police want to remind residents to be alert to any suspicious activity in your neighborhoods. Do not feel you are burdening the police by making a phone call about a suspicious vehicle parked in or driving through your area. If something or someone seems to strike you as odd or peculiar, make the call. It could turn out to be a benign incident, but it could also prevent a crime from occurring or solve one that already has occurred.

This time of the year in particular, burglars, who are opportunists, will take advantage of residents who are away or are simply out of their homes for shopping or other seasonal events. They will seek out a residence that appears unoccupied by looking for a lack of vehicles in the driveway, newspapers piling up, a lack of illuminated exterior or interior lights and mail accumulating in the mailbox.

Residents can do things to make your homes look occupied such as using timers on lights, contacting the newspaper or post office to stop delivery while you are away or even by having another neighbor bring these items in you.

Although you might think that burglars strike only at night, statistics show that the majority of burglaries occur between 6:00 AM and 6:00 PM. These are the times that people are not home because they are at work or school, making the homes unoccupied for a good portion of the day. Even more so is the fact that with a sunset occurring at 4:30 PM, when many people are still not home, it gives that cover of darkness for a burglar wanting to break in.

The two cases just reported here in Bergenfield occurred at 1:30 PM and 10:30 AM. So, you can see that the times of day can vary. It is important to form good neighborhood relationships so people can watch out for each other, especially with varying hours of them being home and away. The neighborhood watch is the extra set of eyes, ears and intuition of the police department.

Here are some helpful tips for residents regarding making their homes and neighborhoods safer:

Residents should be aware that these recent burglary cases have some similar patterns. In both our cases, the burglars went to the front doors of the homes and rang the doorbell. With no answer, they then went to the rear of the home and knocked at that door. This is a typical pattern whereby the burglar can pretend to be at the wrong address if someone should answer the door at the residence. Residents are reminded that if they experience this type of “wrong address” incident, they should get a description of the person and watch the direction the person leaves in. Do not feel you are imposing by calling the police department to check on this. As stated before, it could turn out to be something.

Bergenfield Police officers have heightened their patrols, in particular, to the southwest sector of the borough, due to the recent two burglary cases. One case resulted in the arrest of two men and both are incarcerated at this time. With the new incident today, it shows there are others out there and residents must remain vigilant to help the police prevent and solve crimes such as this. We urge you to report any suspicious activity and be a part of the efforts at crime prevention in your neighborhood.

If anyone has any leads, tips or information on today’s burglary, please contact the Bergenfield Police at 201-387-4000. In particular, if any residents have or know of a resident that has an exterior home video surveillance system in the areas of Highgate Terrace, Westminster Avenue, South Prospect Avenue, Briarcliffe Road, Churchill Road in Teaneck, or any streets in that area, we ask that you have them check for any suspicious persons or activity that might have been captured during the time of 9:30 AM and 11:00 AM on December 3. If so, please contact the police department.

Posted by Bergenfield Police Department at 7:21 PM No comments:

Arrest made in residential burglary December 2

On December 2, at approximately 1:06 PM, the Bergenfield Police Communications Center received a 911 call reporting a "break in" of a single family home on Norfolk Street. The caller, who was inside the residence at the time, reported a male had forcibly entered the home through the front door. The man then fled on foot onto Norfolk Street when confronted by the resident.


Workers from a PSE&G utility crew in the area observed the male running and then enter a vehicle being operated by a second male. The utility workers suspected something suspicious had occurred. They provided a description of the males and the vehicle to responding patrol officers, who then advised police communications who in return relayed the information, via radio, to other surrounding jurisdictions.


town. Both the driver and occupant were detained by officers from Bergenfield and Teaneck, while further investigation took place. The two males were identified by witnesses and then placed under arrest.  Both were transported to Bergenfield Police headquarters, where they were formally processed and charged with the following:

Neither of the defendants was able to post bond and both were remanded to the Bergen County Jail in lieu of bail.
Posted by Bergenfield Police Department at 10:26 AM No comments: 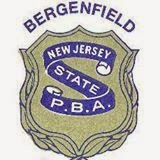 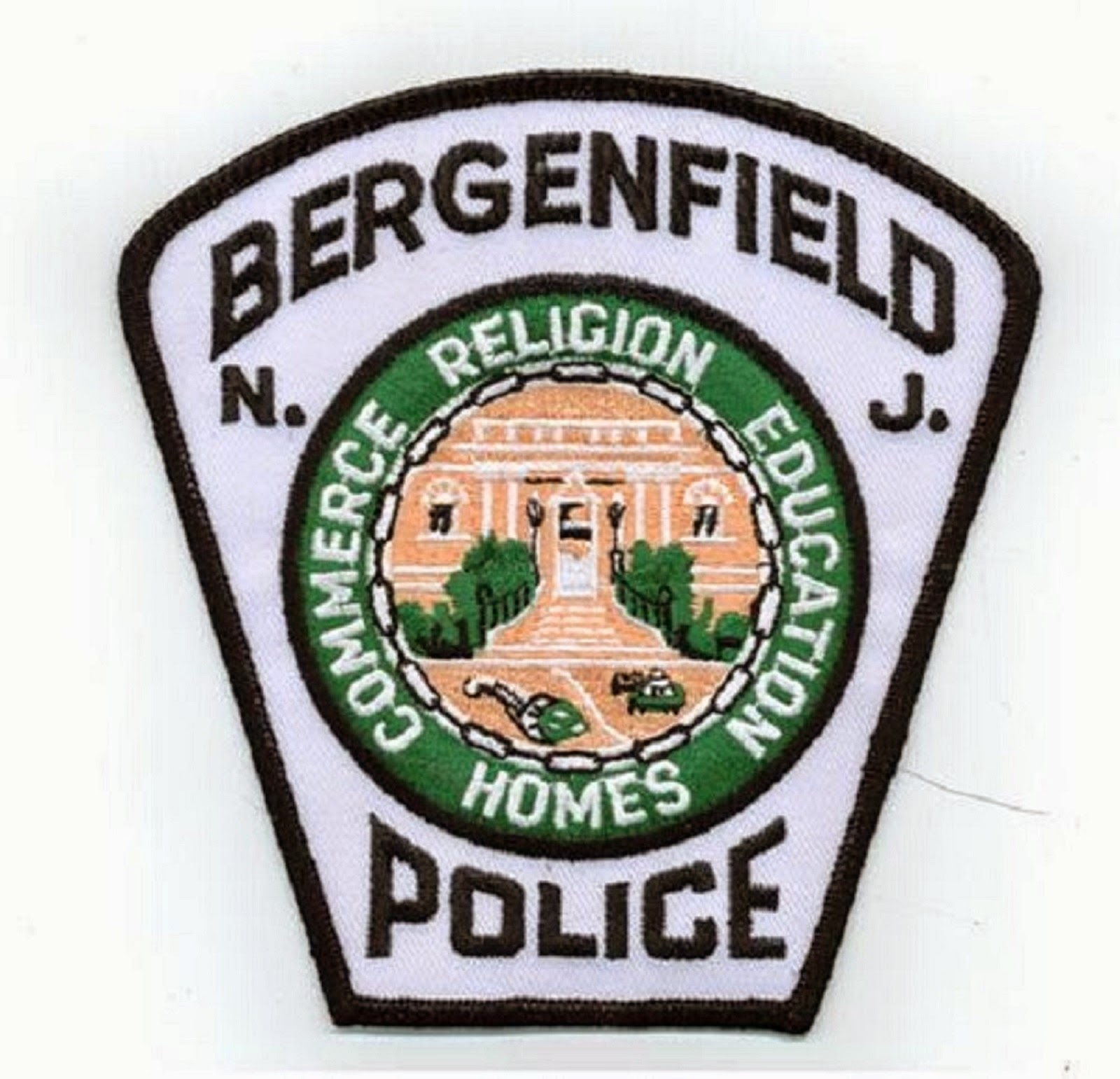 The Bergenfield Police Department, in conjunction with the Bergenfield-Dumont Rotary Club and Bergenfield PBA Local 309, will be conducting a free child car seat safety inspection event on Saturday, December 13, 2014, from 9:00 AM to 1:00 PM. The inspections will take place at the Bergenfield Municipal Complex by the Department of Public Works garage, 198 N. Washington Avenue.
The event is open to anyone who wishes to have a child seat inspected and/or installed. In addition to bringing the child seat, we are requesting that you also bring your vehicle owner’s manual, as well as the child car seat owner’s manual. It is highly recommended that your child, who will be utilizing the car seat, attend this event. It would be beneficial for the officers, who are installing, to be able to properly adjust the seat’s safety harness or seat belts.

This event will be subject to cancellation in the event of inclement weather. If you have any questions, contact Lt. Jerry Stapleton at 201-387-4000 Ext. 4008.

Posted by Bergenfield Police Department at 10:33 AM No comments:

Drive Sober or Get Pulled Over runs through January 2 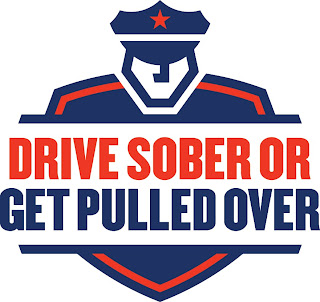 Nearly 10,000 people are killed annually on our nation's roadways due to drunk driving. In an effort to reduce these numbers, law enforcement agencies across the country are participating in the National Highway Traffic Safety Administration's Drive Sober or Get Pulled Over campaign. Police will begin cracking down on drunk driving as part of the campaign on December 1, 2014. Enforcement continues through January 2, 2015. The goal of the campaign is prevention, according to the New Jersey Division of Highway Traffic Safety.

For more information about the Drive Sober or Get Pulled Over campaign, visit the National Highway Traffic Safety Administration's website at

Posted by Bergenfield Police Department at 10:00 AM No comments: